One of the north of the Kathmandu Valley There is isolated land is located between Ganesh Himal and Langtang Himalaya range closed to the Tibet border with full of Tamang habited world, which is known as the Tamang Heritage trail the most accessible trekking region in Nepal. Where, you can experience some of the most beautiful scenery in the country terraced green farmland, thick forests, and the peaks of the Langtang Himalayas, Ganesh Himalayas, Sanjen Himal and Gosaikunda range. An added bonus to the natural features is the chance to trek through Tamang villages. You may have chance to see traditional knit clothes by Tamang women around village walk which is reminds us our ancient life style of history.

The Tamang people originally came from Tibet as horse traders and settled in hilly parts of Nepal (usually within close proximity of the Kathmandu Valley) several hundred years ago. They have retained a distinct identity with Tibetan roots, as well as their own language having historically been one of the most marginalized ethnic groups in Nepal. Sadly, they were among the worst-affected groups during the 2015 earthquake, as their homes tended to be in vulnerable areas cut off from help. The Tamang Heritage trail is the main purpose to help bring a source of income to the Tamang people in this area.

The Tamang Heritage Trail Trek provides a variety of experiences with Tamang rituals, Tibetan culture, festivals, traditional architecture and costumes ensuring you gain an intimate insight into the local culture. The ancient monasteries and houses adorned with rich wood engravings at Thuman provide an unforgettable experience. There are spectacular views of the Langtang Himalaya on offer, opportunities for intercultural exchange with the local Tamang people and also a chance to see Umbrella’s work in the communities first hand not to be missed.

Upon your arrival at the Tribhuwan International Airport in Kathmandu, Our company representative will be warmly greeted who will take you to the hotel. In the evening there will be a welcome dinner in a traditional Nepali Restaurant where we will be able to enjoy authentic Nepali cuisine. [Overnight in Kathmandu]

Today we will do tour in Kathmandu valley's cultural heritage site, which are enlisted by world heritage site in 1979. The Buddhist and Hindu monument of medieval period of creations, those are worth to see to know about Nepal. [Overnight in Kathmandu]

We drive early from Kathmandu to Syabrubensi for the beautiful dream of mountains views cultural experiences of Tamang village. It takes 7hrs drive to the entrance of the Langtang Valley. The road is hilly and winding (though spectacular), climbing high and providing us with superb panoramic views of the Annapurnas, Manaslu, Ganesh Himal and the peaks of the Langtang region. The road leads to the Trisuli River and then ascent up hill and reach at Syabrubensi. [Overnight at Syabrubesi]

Syabrubesi is the common starting point for the Langtang Valley trek as well as the Gosainkunda trek, but instead of heading in these directions, ascend a view point for an hour and a half for a fantastic view of Ganesh Himal, the Gosainkunda range, and the Goljang Valley. Head down to the Goljang Valley about an hour’s hike and stop there for lunch. Trek leads us gentle straight for about three hours to reach Gatlang, a beautiful Tamang village. [Overnight at Gatlang]

Today we walk descending to Thangbuchet, by a lovely river. After lunch, the trail heads up again, across a hanging bridge and climbing to Tatopani, your stop for the night. The town’s name literally means ‘hot water’ in Nepali, and there are towns of this name all over Nepal. Unsurprisingly, here you can enjoy the natural hot springs, with water that comes straight out of the ground. Locals believe that the waters have a healing quality, and it will certainly ease away any aches and pains from the trek. But after earthquake on 2015 hot spring had lost. [Overnight at Tatopani]

Today, the trail ascends to Nagthali (3,300 m/ 10,826 ft.), high, open grassland with amazing views of the Himalayas. Stop at the delightful Brimdang village for lunch en route, and then continue up to Nagthali. We stop for a tea/coffee prepared by the gompa’s caretaker. We reach at Nakthali, explore around areas of panoramic views of Ganesh Himalayan, Sanjen Himalayan, Langtang Himalayan and Gosaikunda ranges. [Overnight at Nakthali]

Today’s we hike early up to the top hill about 3hrs to get explore of the Tibet border village and surrounding mountain views. Then we back to the Nakthali via exploring jungle through. We take warmly lunch and descent toward Thuman about 2:30hrs. We explore around Thuman village to observing local activities knitting and etc. [Overnight at Thuman]

From Thuman along a flatter section of trail, then descends to Timure. It follows part of the old trade route to Tibet and Nepal; in fact, Tibet is not far away just three hours walk. However, it’s not possible to walk across the border these days, and there’s a heavy police presence along the roads in this area. After lunch, the trail continues to Briddim, another Tamang village, where you’ll stay in a local home for a truly unique experience. [Overnight at Briddim]

We descent back down to Syabrubesi after our breakfast is an easy three-hour walk back down to Syabrubesi. Have lunch there, and then spend the afternoon relaxing or exploring around Syabrubesi. It is a small settlement town which is get way of Langtang valley, Gosaikunda, and Gatlang, there are some shops selling local handicrafts made by women, such as colorful aprons and shawls in the local Tamang style.

After having delicious breakfast early in the morning you’ll drive back to Kathmandu. It is about seven hours drive to Kathmandu. Upon arrival in Kathmandu, we’ll transfer you to hotel. Here you can spend relaxing or shopping around Thamel. In the evening, you will join our team for the farewell dinner and pre-departure program. [Overnight at Kathmandu]

We head to airport approximately 3 hours before your scheduled flight. Our journey and services in Nepal ends from today for this trip, Visit Nepal Treks and Expedition Pvt. Ltd representative will drop you to Airport for your best memorable of glance of Himalayan. Meanwhile, if you have some negative experiences that knowingly and unknowingly you got it, we please request to you remove from your mind all that before leave to Nepal and carry way beautiful memories with hope of your god life and prosperity with hopeful you have plenty of time to plan your next adventure in the wonderful country of Nepal.

Your safety is of paramount concern while traveling with Visit Nepal Treks and Expedition Pvt.Ltd. Please note that our leader and Guide have the authority to amend or cancel any part of the itinerary if it is deemed necessary due to safety concerns. Every effort will be made to keep the above itinerary; however, since this adventure entails travelling in remote mountainous regions, we cannot guarantee that we will not deviate from it. Weather conditions, health condition of a group member, unexpected natural disasters, etc., can all contribute to changes in the itinerary. The Leader and Guide will try to ensure that the trip runs according to plan, but please be prepared to be flexible if required of the conditions.
Book Now   Inquiry   Go to Home
Book This Trip 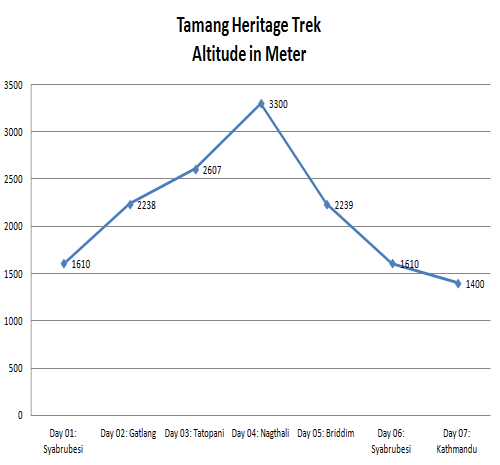 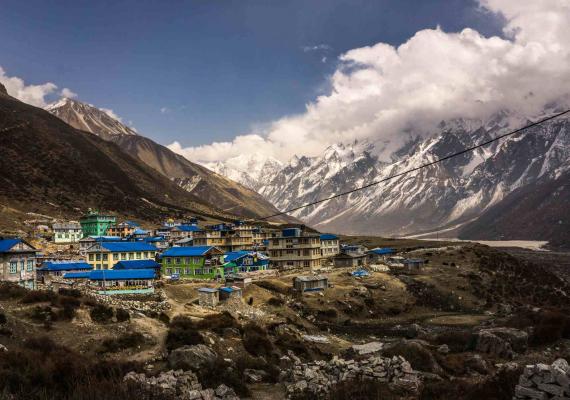 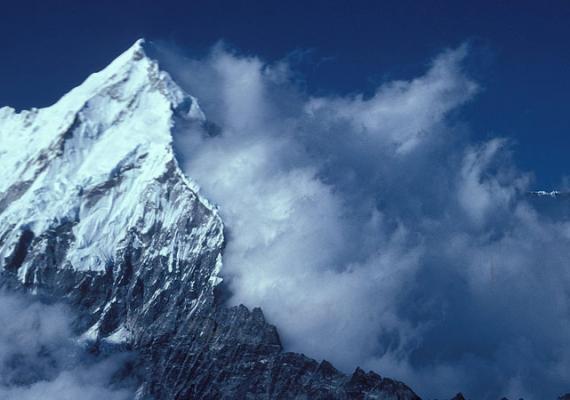