The Manaslu Circuit trek is amazing ethnic and scenic diversity, still relatively un-trekked; the lush rice paddies and traditional villages of Nepal's 'Middle Hills'. This Manaslu trek lead us to high Himalayan passes, purely Tibetan villages, spectacular snow-peak panoramas and wonderful campsites. The trekking around Manaslu has long been a restricted area due to the close proximity of the Tibetan border and is now open, but only for organized groups. The route initially traverses a ridge line before descending into the Budi Gandaki River Valley, where we ascend gradually from lush sub-tropical terrain into alpine forest and then the barren yet mystical rain shadow area to the north of Manaslu and Himalchuli peaks. The regions through which we trek are predominantly Buddhist and there are few large villages. This is a remote trek into one of Nepal's most beautiful areas. We're permitted access to a restricted region granted only a limited number trekkers each year, which simply adds to the appeal of this trek.

Manaslu trek continues through the traditional villages with their flat-rooted timber houses and workshops in secluded Buddhist monasteries. Enjoy inspiring views of Manasalu. Larkya La Pass marks the divide between Manasalu less trekked western flanks and the Marshyangdi River valley. From the top of the pass, it is almost down-hill through the serene alpine forests and meadows till we come to the main trail of the Annapurna circuit, after being on the main track for a few days our journey continues towards Pokhara via another secret route seldom used by trekkers offering stunning views of the Manasalu and Annapurna range including the magnificent majestic Mt. Machhapuchre (Fish Tail) with the traditional mid hills villages with some highlights of world heritages sites in Kathmandu valley are an another attractions of this visit and life time memories after this journeys. 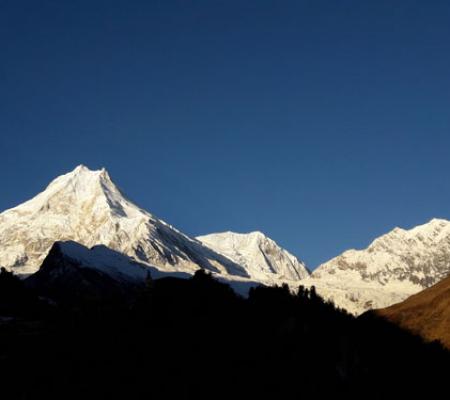 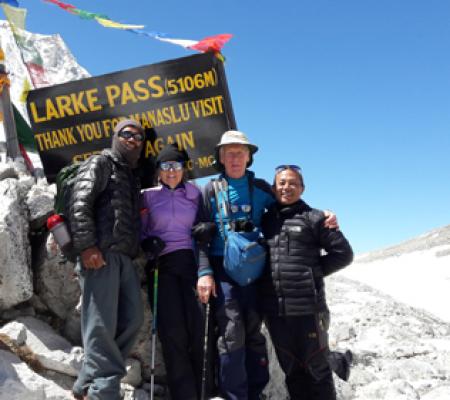 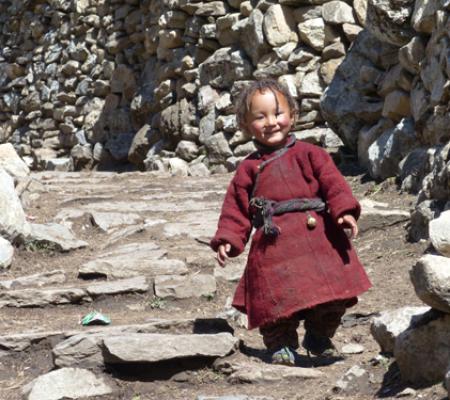 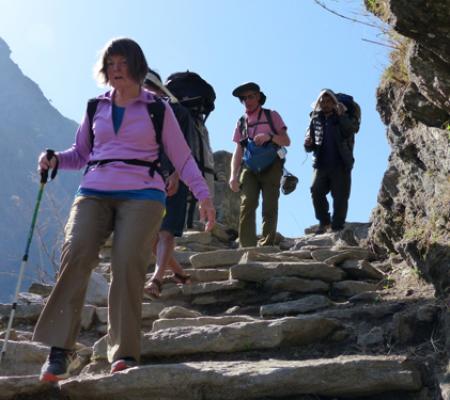 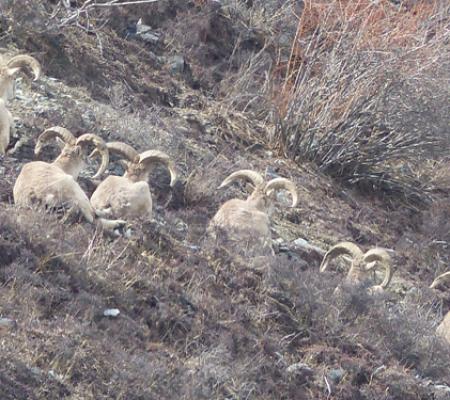 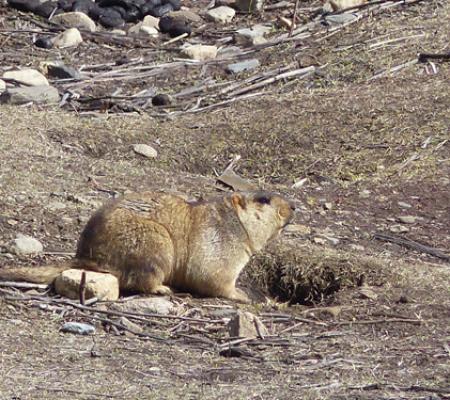 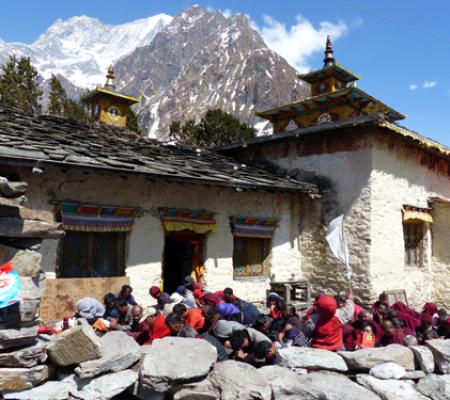 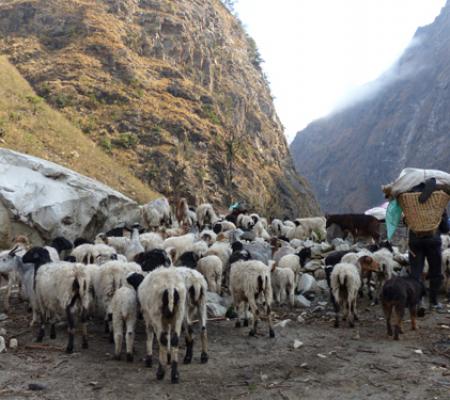 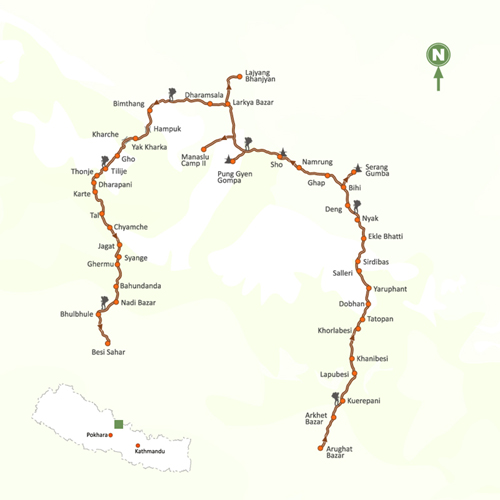 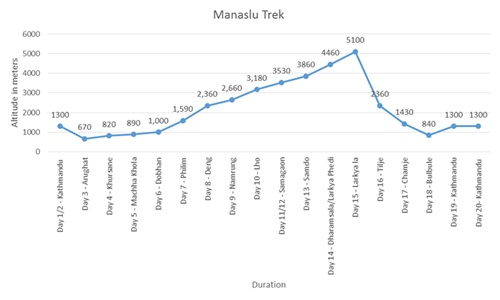